Its hard to put into words how precious Djewel is to owner breeder Susan George, as when this mare was just a few weeks old she was taken to Newmarket with a suspected broken neck.It was never discovered how this happened but once diagnosed, all that could be done for her was to hope and pray for her survival. A large creche made from straw bales was created at the farm to allow her to play and her owners believed with her indomnitable spirit, she would win the day.

Now many years later Djewel prances in the field with her head held high and her tail permenantly over her back and that wonderful look of her sire, Ansata El Salam. Her mother is an exquisite daughter of Imperial Madheen and the coupling of this sire and dam has produced a treasured mare. 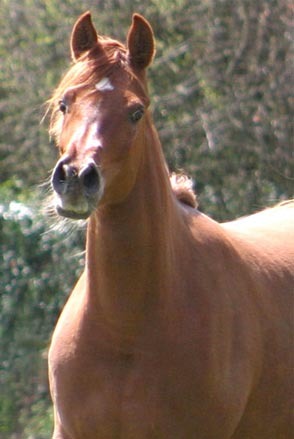