Georgian Arabians a privately owned stud farm in the West country is home to some of the finest World Class Arabian horses.

Sales, are limited to a few special horses each year - please also visit

Owner/breeder Susan George known for an illustrious International film career, has been a horse lover all her life and visitors come from all parts of the globe to see the results of her visionary 25 year breeding program. Showing results include: 20 British National Champions from Halter Classes and Ridden - Champion Stallion HOYS - Reserve Supreme Champion HOYS  -  European Champion Ridden

* We welcome visitors by appointment. 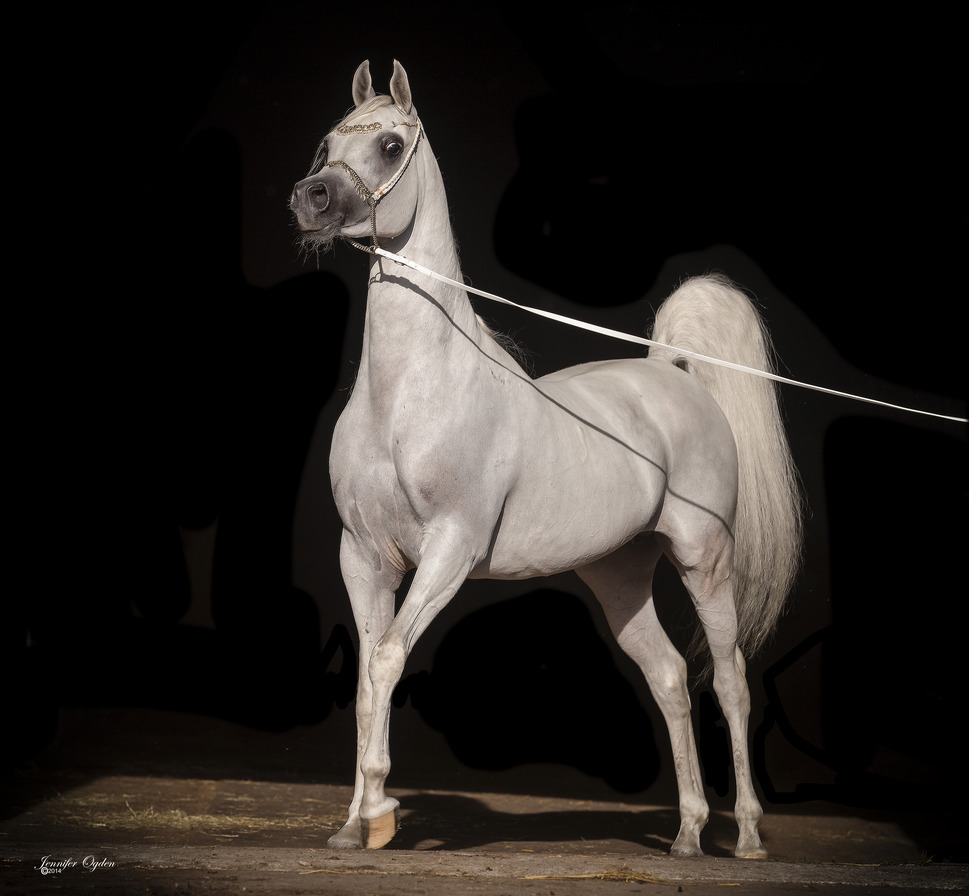 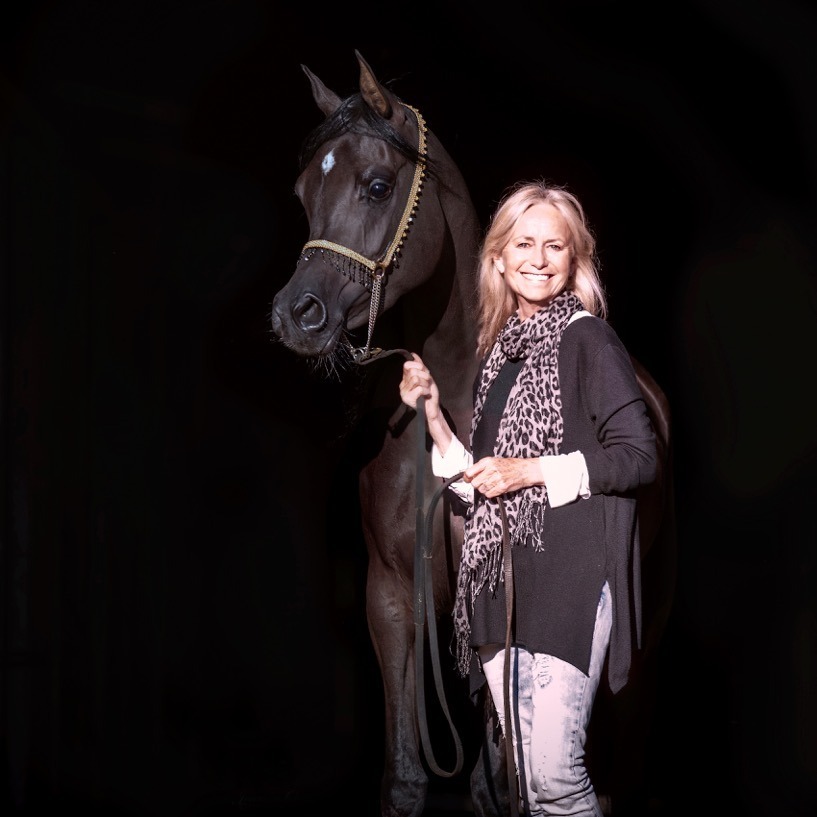 Enigmatic World Champion stallion ESSTEEM see picture and write up below: took up residency at Georgian Arabians for two years, to become cornerstone of an influential breeding program. He sired a core of powerfully made, well structured mares, the plan then to find the ultimate (refined in type) stallion to breed to them and along came WH JUSTICE.

The combination of this exquisite stallion and homebred ESSTEEM daughter SG HESSTA SHAKLANA produced SG IMAGINE. Who among other titles, was awarded the United Kingdoms most prestigeous prize in 2012 that of BRITISH NATIONAL CHAMPION STALLION.

Below she describes her emotive feelings for the Arabian Purebred....

"It's a given that Arabian horses are exquisitely beautiful to look at but they are so much more. Their powerful presence once seen, never forgotten as they move like the wind, with tails held high in effortless motion. As a breed they are often described as temperemental and highly strung, which I challenge on every level, as a misconception of their indomnitable spirit, incredible comunicative character and above all intelligence!! The athletic ability of this breed of horse is unquestionable and their value in competitive endurance, for strength, hardiness and stamina second to none.

Every year when the foaling season begins breeders are secretly hopeful that a majority of fillies will be born but when that special colt arrives, all eyes are alight for the possibilities and SG IMAGINE (seen with his dam below ) was one such colt.......... 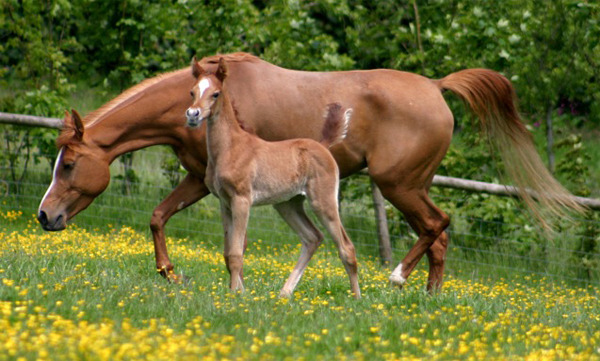 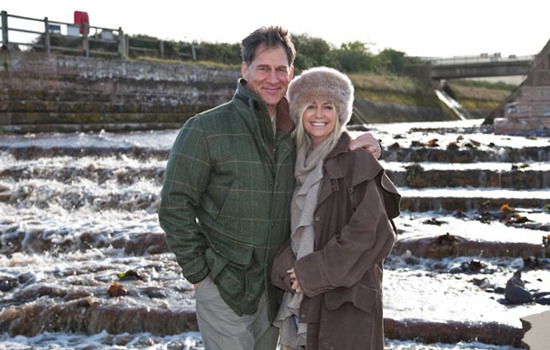 She describes as her one in a million husband!

In the year 2010 Susan lost her beloved husband Simon MacCorkindale after a 5 year battle with cancer and in 2016 she founded LASTING LIFE in his name, a charity that supports those affected by this cruel desease.  See more about Simon on our website: lastinglife.org.uk

Susan and Simon were the perfect couple and all who knew them were touched by their spirit and extraordinary love for one another. Adventurers, pioneers, believers - they were a dynamic duo. Susan has since continued to build on the plans and dreams they had once shared and success with her Georgian Arabian horses she says, was greatly due to Simon’s partnering passion, his courage, strength and tenacity with out whom none of it would have been achievable.

The Cornerstone of a remarkable breeding programme 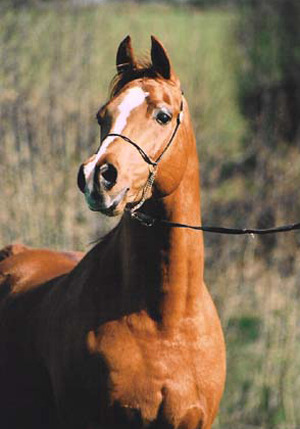 British National Sire of the year 2004.

In the year 2000 we welcomed the arrival of charismatic Triple Crown Champion ESSTEEM to the United Kingdom and Georgian Arabians stud farm. In residence for two years, his time there had a profound influence on the breeding programme. He became its cornerstone and his kind and supreme presence was unforgettable in the form of a legacy of exceptional offspring and Susan's love for this enigmatic stallion was absolute.

2004 saw the arrival of the first ESSTEEM progeny on the show circuit and yearling colt SG SPIRIT OF ESSTEEM surpassed every expectation that year, when honored with the title of British National Champion Junior Male and Reserve Supreme of the British National Show. 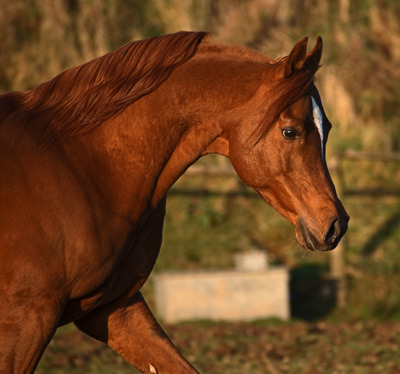 SG Spirit of Essteem is sire of many successful sport and performance horses and after his amazing ribboned career in 2015 begun a new path, on the worlds endurance stage.

In his first season, he became a grade one stallion and was awarded two medals and a qualification to open level.That same year his son SG Elegant competed in an FEI 2 star race 120km at Kings forest qualifying in 2016 for the young horse World Championships in the South of France. 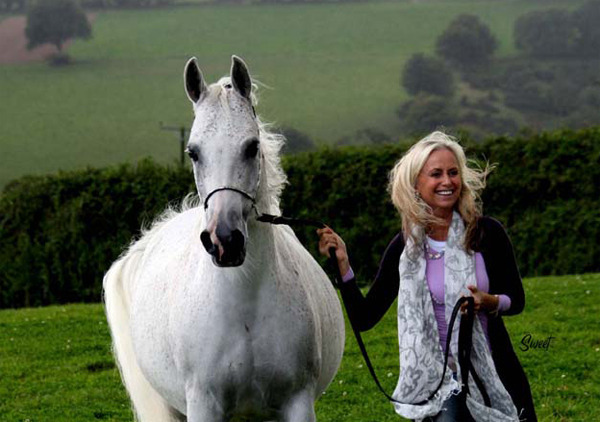 sadly passed in february 2020. Her legacy will never be forgotten ❤️

Georgian Arabians welcome visitors to the farm by appointment only